Now that the dust has settled and we have all returned to our daily work, it’s a good time to look back and relive some of the amazing moments of the Erasmus Student Network’s Annual General Meeting that was held in Warsaw, Poland a few weeks ago.

Altogether 27 members of ESN Finland flew over to Warsaw to join about 700 other ESNers for a weekend, not only to decide about the future of the network, but also to get to know each other, learn from one another and to enjoy the ESN spirit. 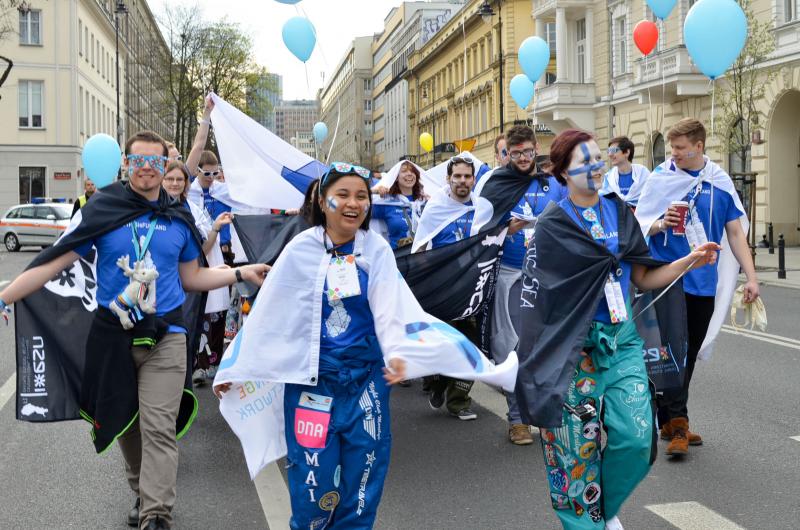 And yes, the beautiful city of Warsaw was definitely taken over by ESN spirit – you couldn’t turn a corner without running into someone from ESN. With everyone accommodated in the same hotel, it was impossible for the other guests not to notice the Pallomeri feeling floating all around.

The weekend was kicked off with a flag parade through the city, celebrating the diversity of the network. Throughout the weekend, countries, committees and project teams alike were given several chances to showcase their spirit and commitment. Members of ESN Finland were proudly representing many different groups from committees to Eduk8. 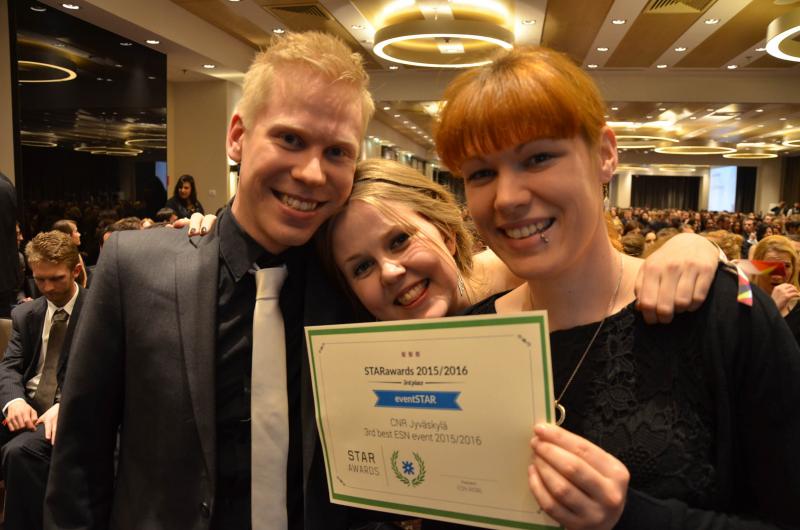 ESN Finland was also happy to be present for the afterwords of CNR Jyväskylä (once more, repeat after me: /ˈjyvæsˌkylæ/) and particularly to receive three STARawards for the great work done up here this year. CNR Jyväskylä was awarded as the third best event in the network, and ESN Vaasa and ESN Jyväskylä got third and second place in the Alumni Award category for best knowledge transfer. We are extremely proud of our sections who clearly know how to pass the Fun on to the next generation of ESNers! 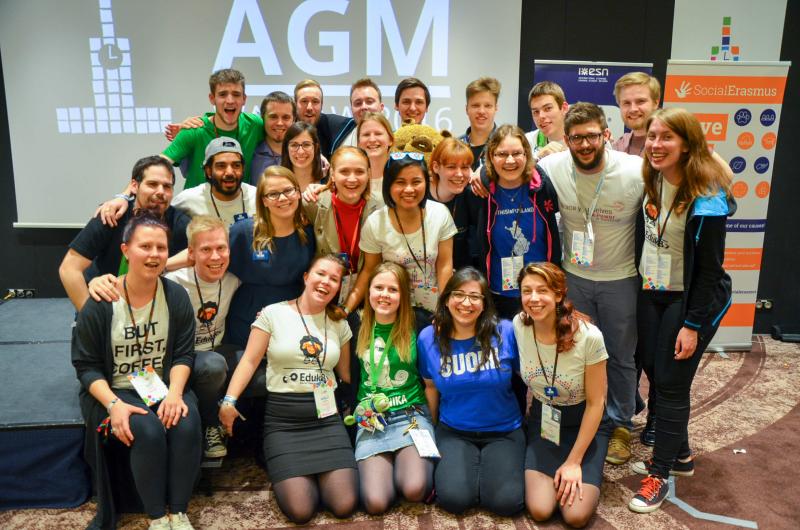 It’s safe to say that ESN Finland did a good job spreading the Funland and pirate spirit all over the network, and trust us, we’re only getting started! We hope that after the AGM weekend everyone in the network has a preliminary idea of why we call it Funland…

Want to know more about what happened and what was decided at the AGM? Visit the ESNblog.