ESN Vaasa knowledge transfer: a flying start for the new board 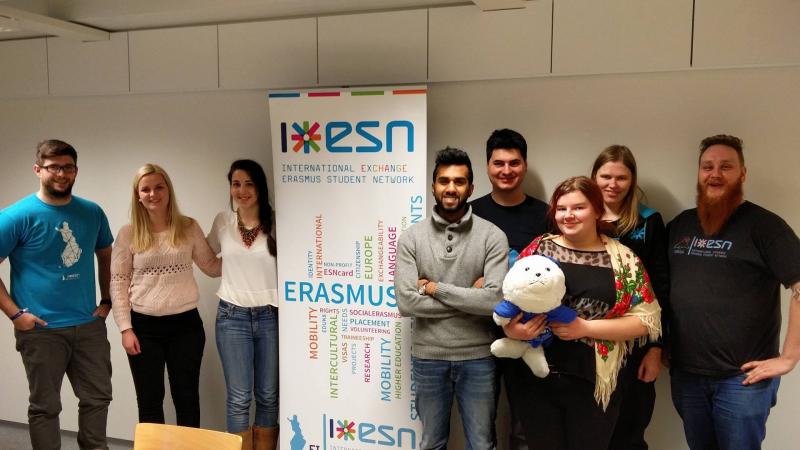 The beginning of the year 2015 was rough for the ESN Vaasa board. It was full of newbies with a president with only 6 months of experience in ESN. We paid our dues and little by little learned the ropes, thanks to an otherwise experienced board.  As the end of the mandate was getting closer, we, reminiscing the growing pains of the year, wanted to give the next board a flying start.

We started to compare how things are done in other organisations we had previously been a part of. Then the idea was presented to have a “mini-NP” for the local actives, the boards of 2015 and 2016. After all, everyone always feels more motivated and inspired following an NP with its workshops, presentations and social activities.

The structure was set first by the president and vice-president. It started out basically by copying the programme of NP Helsinki and going through the subjects on which we wanted to improve and that we had found inspiring.

The idea was that we could have guest speakers, who could be accommodated on the couches of the “old board”, partly implementing the style of a knowledge transfer system common in the student unions in Vaasa.  The final schedule was modified with the help of the guest speakers to make it more suitable for the scope of the event.  We decided to first start with a bigger group and more general subjects, and later continue with a smaller group and more detailed information that cannot be shared with everyone. Then the idea developed: on the first day we would have actives and boards present, but also to invite the international offices, so everyone could hear about the awesome projects of ESN. On the second day, we could go through the board positions and the details of contracts and to do the all-important team building. Naturally, we would have a sitsit in between to simulate the social atmosphere of the national events.

On the first day of the Knowledge Transfer, we had presentations about the projects and general structure of ESN, followed by workshops basically to brainstorm how to implement the projects on the local level. On the second day, we had presentations from old board members on more detailed know-how on the positions.  We also had a guest speaker from the student union world, holding a lesson about leadership. We planned to have other guest speakers as well, but as the preparations were made in such a short time frame, that plan was not realised. Looking into the future, we wish to implement a similar session during the summer to refresh the knowledge and focus on issues that were left out from the first session, and naturally, the next knowledge transfer is already in the works… but this time in December instead of January.  Maybe that time there will be enough people for the number of sandwiches prepared by the #SandwichCommittee...

Written by Petri Hautamäki.
ESN Vaasa's Knowledge Transfer was awarded with an Alumni STARaward at the AGM Warsaw.

ESN Vaasa is one of ESN Finland's 16 sections. See more on their Facebook page.