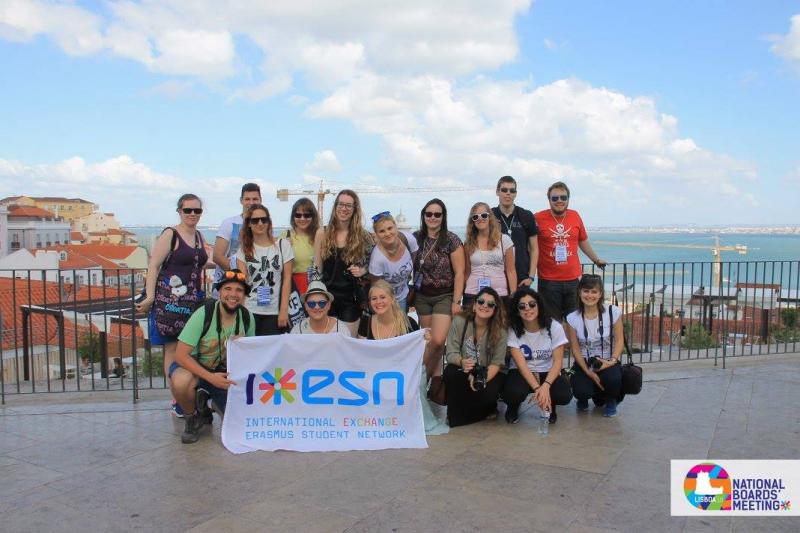 The first National Boards' Meeting (NBM) of the mandate 2016-17 of ESN Finland delegation has recently taken place. This time the board had decided to send the tandem of Miia as the president and me, Toni Tamminen,  as the Vice-president. Just days before the event was about to place, we were already looking forward to it with a lot of excitement. "What kind of training is it?”,  “I hope I get some new ideas on approaching new partners!” and “ It will be awesome to network with my international colleagues" were just some of my initial thoughts.

It is the travel day finally. Thursday morning at 4:50 AM we are expecting to depart the plane to Lisbon. The flight was delayed by over an hour, leading to us being way more exhausted for the first day than it was originally expected. However, all the interesting discussions made us forget about all the tiredness. 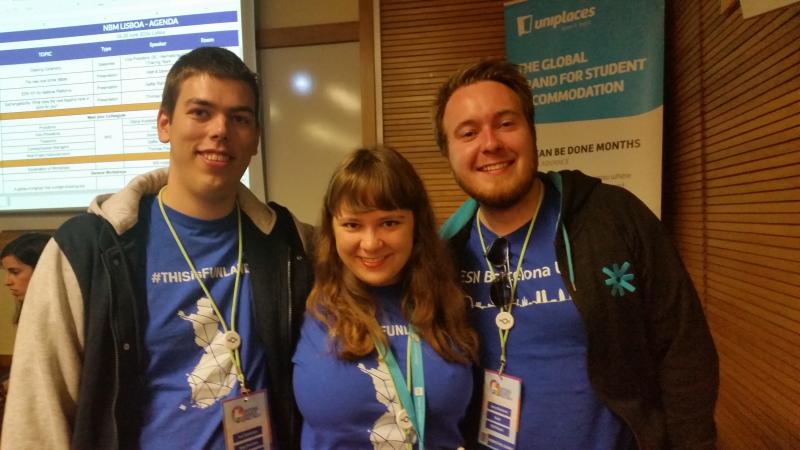 ESN Finland at the plenaries.

At the official opening of the plenaries session of the NBM on Friday morning, the international board's Vice-president, Matthew Clemo, welcomed us along with the rest of the international board. We were explained that NBM had gone through major restructuring since the previous editions: more time for plenaries had been added, and more importantly, the main focus was shifted to workshops.

The programme of the training sessions included amongst others: deeper look into the projects and committees, as well as the teams assigned for them. Significant emphasis was also on "meet your colleagues" sessions, which lasted for six hours over the weekend. Miia attended the presidents' session, and as the Vice-president, I attended the treasurers’ session, being closer to partnership management than any other session. 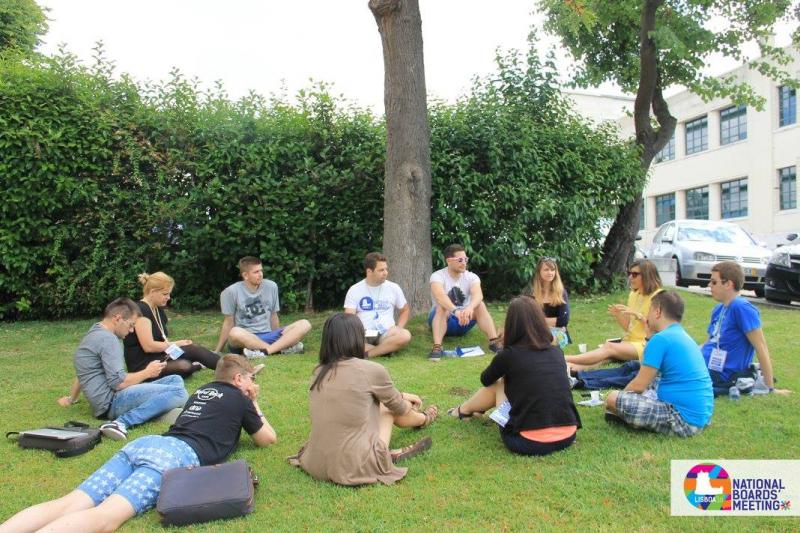 “Meet your colleagues” session with the national treasurers and partnership managers.

To top it all, the European Commission had offered a conference dinner on the last day. This consisted of an exciting panel discussion about expansion of EU, as well as integration of candidate and potential candidate countries into EU. There were representatives to discuss especially the West Balkan countries as current candidate members of joining EU.

We learnt some valuable lessons on how other countries have organized their national committees and teams, how to implement project/committee workshops in National Platforms, as well as how to implement new partnerships on the national level. The learning was not limited to only this. Far more valuable, through various workshops, was the personal growth and networking that allows us to function much better on the national board. Acquiring new contacts on other countries' national boards is especially important for peer support. My personal “take-away” , as the partnership manager of ESN Finland, was knowing whom to ask from which ESN country if I want to implement a new partnership on the national level. 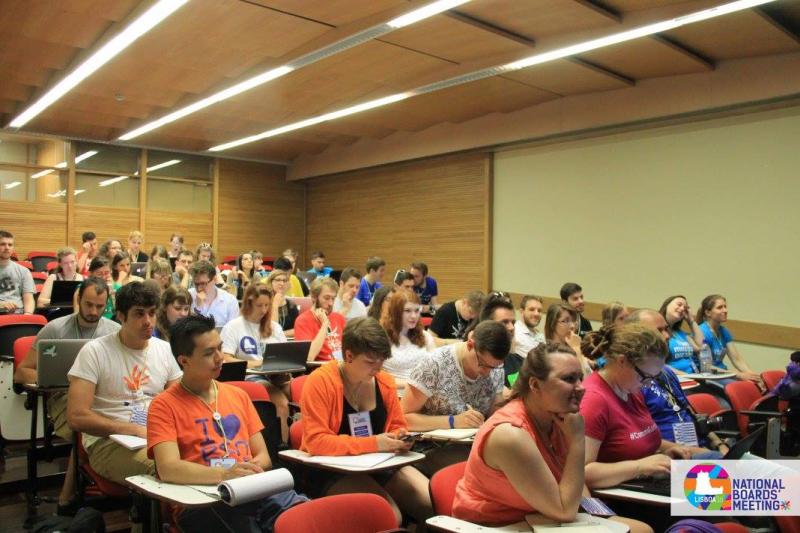 Did I mention we also had plenaries?

International events like this provide a platform for getting more in touch with the international level of ESN. Although many hours were spent listening to presentations and contributing in workshops (altogether about 10-12 hours each day), it was definitely worth it, and it will show as a direct benefit for ESN Finland sections as well in the National Platforms.

Written by Toni Tamminen, the Vice-President of ESN Finland